← more from
Room40
Get fresh music recommendations delivered to your inbox every Friday.
We've updated our Terms of Use. You can review the changes here. 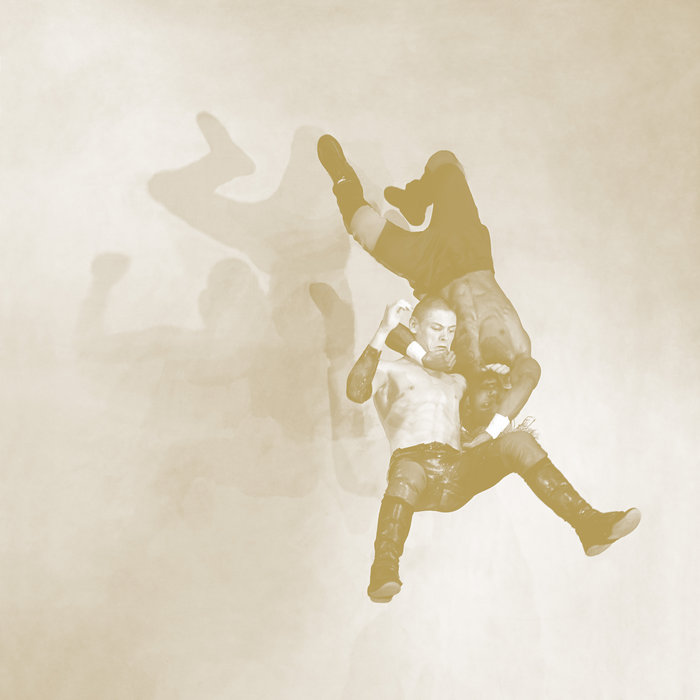 I hope you don’t mind, but in lieu of a formal artist statement I thought it might be interesting to just speak to you (obtusely) about what I was thinking when composing work for Jubilee, my new Room40 release. I appreciate how you’ve supported my work for a couple years now; hopefully this will shed some light on why it takes me so long to finish, and why it has taken this aesthetic and conceptual turn. I’ve broken this letter into two parts with the hope that they, along with the music, can serve as fragments of a larger text. Perhaps there might be an opportunity for something useful here.

1.
Abstract sound is a bad idea for good ideas

Okay, what I really meant to say is that abstract sound (in this case, “instrumental” or “nonvocal” electronic music) is not terribly effective at communicating complex ideas. This isn’t intended to be polemical, and it’s not to denigrate the intellectual processes and theories embedded in the histories of music and organized sound. Rather, I just want to posit that objectively, abstract sound can only present the formal qualities of itself, as it is heard; it can’t tell you much beyond that with certainty. The timbral, rhythmic, harmonic, and melodic information—yes that’s there. But without context, what else can we know? Sure, we’ve talked at length about Luc Ferrari’s contribution to musique concrete, field recording, and active listening as a kind of creative expression. But take the sounds in Presque Rien: Stripped of context, they’re arguably meaningless. Of course, we know this not to be true. Even still, I just want to point out that our understanding of the complexities of that piece doesn’t come strictly from consuming the work itself; it also comes from the texts that precede and inform our listening experience.

Obviously, an artwork is rarely presented without some sort of context (press releases, gallery text, music reviews, and blogs abound). And there’s an entire industry devoted to contextualizing, packing, and unpacking art that is practically unavoidable. However, for the moment, I’d like to just pull apart the work itself. I’d like to isolate it from the critical and pedagogical apparatus to which it is usually bound.

Maybe I should back up. I should acknowledge that my process is informed by several years of art school training in a conceptual, post-studio tradition. This background frequently comes back to slap me down. It’s the voice in my head that suggests the work alone can’t be separated from context, history, or listeners’ subjectivity. Post-structuralist theory suggests that the reader is always an active participant in the construction of meaning. This idea is something I’ve always considered when making work, that at best what I can do is provoke some engagement or appreciation with a listener.

Well, here’s the problem with that: As I’ve moved away from making installations, sculptural work, and photography and towards abstract sound, these provocations work differently, if not fail altogether in the eyes of post-structuralism. An exhibition (which let’s agree is analogous to an album) can create a much more complex choreography of understanding. Its organization dictates where the audience stands, how they move through a space, what didactic materials are integrated, etc. Of course, it’s entirely possible to view visual art outside of a thoughtful, curated context (usually through social media). But when was the last time you experienced a Bruce Nauman installation on a Spotify (or, to be fair, YouTube) playlist? The current industry has standardized the way we consume music as a decontextualized, dematerialized listening experience. You could argue that listening to a playlist is not much different than listening to a radio show, but at least with radio there’s an opportunity for a deejay to talk about the music and the artist. Don’t get me wrong, I love it when my work shows up on someone’s playlist, meaning that someone put the effort to promote my music. But at the same time, these playlists never consider the artist’s intention; even the most subtle or contextually dependent artwork can become (mis)represented by its inclusion in “Now That’s What I Call Ambient Vol. 24!”

This is all to ask: What can be communicated in my chosen medium, how can I do this, and where (or what) is the porous boundary between my authorship and the listeners agency? As a maker of things, these are just some of the considerations I grapple with constantly.

In 2006, Montreal band The Dears released their third studio album, Gang of Losers. I began listening to them the following year for a couple of reasons: Firstly, I was intrigued when I read that the singer, Murray Lightburn, was being described as “The Black Morrissey.” I found this interesting, as I had been a fan of The Smiths since high school. Yet, at the same time, I found it irksome that this talented musician, Lightburn, was being reduced to a racialized copy of a more prominent, white artist (at least this was before Moz became the publicly reviled troll he is now). My understanding of The Dears was preceded by the underscoring of Lightburn’s Blackness. I had never seen a photo of the band and would have otherwise remained unaware of his race in those first late nights listening to “Ticket to Immortality” or “I Fell Deep,” had it not been for those reviews.

The second, and more prominent reason I began listening to The Dears was because I was getting out of a pretty bad relationship, one that I won’t go into detail here. I was quite gutted by the experience and spent a lot of time driving from Los Angeles to San Francisco to spend time with old friends and to recover. That period was also marked by some other major life events: spinal surgery and a corresponding opioid dependency (yep, I was part of the American opioid zeitgeist); a failed affair; and two suicide attempts by people I was very close with (one successful, the other thankfully not. I was raw. Part of my healing ritual was to take these spontaneous drives up the 5 and crash land once I got to SF. I had lived there for several years in the 90’s and it still felt a bit like home, like the place where I had once learned how to be a better person.

Music played a big part in this recovery process. I’m not too embarrassed to admit that when alone in a car, I’d belt out a few Rufus Wainwright tunes to help pass the time. When The Dears released the EP You And I Are A Gang Of Losers, it found a place of high rotation in my road trip playlist, alongside the previously mentioned album. One track stood out in particular: “People Like Us” became an unexpected personal anthem in which I found solace and solidarity in Lightburn’s lyrics:

I couldn’t help but read “People Like Us” through Lightburn’s Blackness and overlay my own subjectivity in an attempt at a moment of solidarity. As a queer-identified, biracial person, I felt included in the titular “Us.” For those moments, it was as if Lightburn was speaking—singing—for me. And at the top of my lungs, clumsily, I would reciprocate. In the track, Lightburn articulates the experience of living under the thumb of dominant culture, with the presence of violence made manifest:

I just wanted to go back home
but it’s been torn down.
I’ve been needing to get revenge
but it’s been too long.
Powerless, our lungs have been rendered
it may be punctured
so I surrendered.

However, it’s what happens in the bridge that continues to hold my attention after all this time. Halfway thought the song, Lightburn belts out, “Yes I’ve done shit, I’ve been a part of evildoing,” in what I understood as a stunning reversal of empathy. In that moment, we’re also being asked to consider the subject of the song as an active agent of their own undoing, perhaps even guilty of violence themselves.

When “People Like Us” would come during those late-night emergency drives to San Francisco, it was that bridge that I most looked forward to singing. And I would sing as loudly as I could, to the point of getting choked up with tears. Every single time. Even now when I listen to that track, I get goosebumps at the bridge. I found catharsis in that moment, where Lightburn’s reversal opened a space in which I could begin to not only heal, but to also enter a process that required an admission of guilt. In that space, I could acknowledge my own culpability in the various messes that were starting to define me at that time in my life. For me, contrition became a necessary step in my own recovery, regardless of how much I felt victimized by abusive people, or physically struggled with injury and medication.

In my life I’ve felt the sting of emotional abuse, racism, classism, and homophobia. I’ve have had people throw bottles at me and my boyfriend from moving cars, and I’ve been beaten and left unconscious in a parking lot at 2am. And I’ve also done some really fucked up shit too. They’re things I don’t want to mention, or to speak about—but I’ve done them. But those transgressions do not negate my experiences as a victim of abuse, nor do those traumatic experiences undo the horrible things I’ve done. And as we grow older, there are fewer and fewer people left to forgive, or from whom to ask for forgiveness.

Credits
All tracks composed and performed by Robert Takahashi Crouch.
“A Ritual” is based on a recording of an improvised, private performance from 2014.
The title for “I’ve been a part of evil doing.” is in reference to “People Like Us,” a track written, performed, and recorded by The Dears for their 2007 EP “You And I Are A Gang of Losers.”
“Reconciliation” contains a sample from “Excerpts from Memorial Day” by Ted Berrigan, taken from “The Dial-A-Poem Poets: Biting off the Tongue of a Corpse,” 1975 (Giorno Poetry Systems records).

Robert Crouch is an artist and curator whose work encompasses sound, performance, and technology. As an artist, he locates his work with the intersection of post-phenomenological listening practices, conceptual sound art, and contemporary electronic music. Similarly, Crouch’s curatorial work focuses on the overlapping disciplines of sound, technology, movement, and performance. ... more

Bandcamp Daily  your guide to the world of Bandcamp

Sampa The Great joins the show to discuss her release, "As Above, So Below".